“A forever memory to be held and narrated in the future; these years have been eye-opening and life-changing for many of us, it's fascinating how people from every part of the globe could gather, study, and live together in the same community and actually love each other despite the differences.” says Majd from Jordan, who just obtained her degree from Eszterházy Károly University, Gyöngyös campus.

On the farewell event organized by Tempus Public Foundation for Stipendium Hungaricum students who are about to leave the country, Majd was talking about her experiences gained in Hungary, having hard times in a different culture and making lifelong friendships. 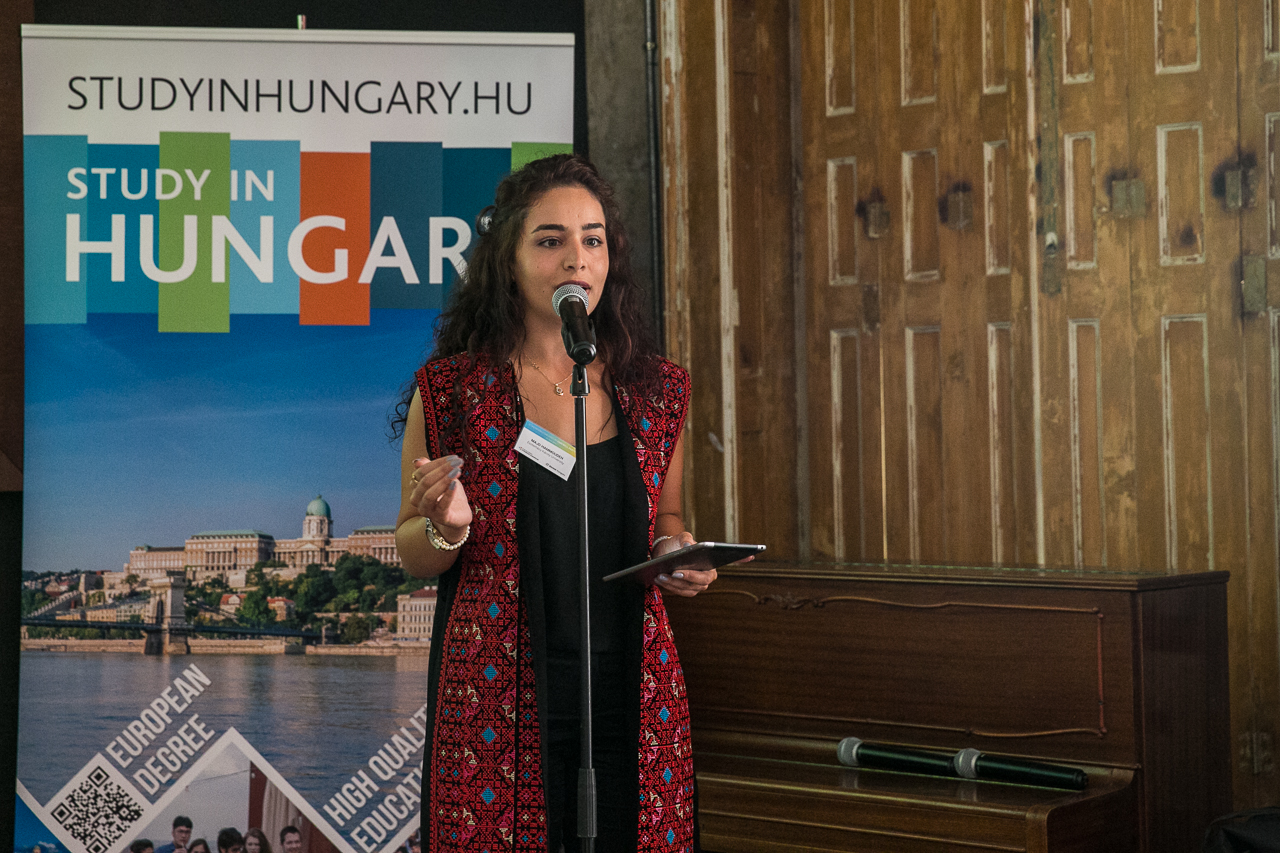 “Speaking of differences, wasn’t it funny when you learned so many things or habits about some other nationality which you never thought they would actually exist, or laughed when you thought of a specific stereotype which you learned about other country but appeared to be not true, or even if it was true, hasn’t it been astonishing how accepting the other without judging base on nationality or race felt like peace could actually happen in the world?

Peace, one good friend of mine mentioned once, maybe after a couple of beers, “look at us” he said “and imagine if the world was like us, here no one is similar to the other but living like a family no wars or conflicts”. This friend has been living with me among other students, maybe less than a 100, in the precious town Gyöngyös, some of you haven't even heard of this town, and here I emphasize how impressing that each one of us lived a total different experience in Hungary, in my case I lived few months in Budapest and saw how active life could be, in Gyöngyös its where you learn quietness and calmness while living in the nature, you also learn accuracy since buses don’t go too often, and how to sleep at airports because buses don't function after 9:30 pm, and many many other small details which made a difference in our lives and experiences.

Appreciating this opportunity is necessary as we have received a good education, fully funded and in the heart of Europe, the continent which has been and still a dream to many people from far away countries.

In these years, we have studied at classes, conducted exams, presented many presentations, worked in groups for projects and finally highly dealt with the Neptun system, which I understood only in the last couple of months but apparently, it's a useful system.

After all, some of us have decided to live a life full of “see you soons”! Do not say goodbye when the other leaves! The world has become so small that you might see them some other time in another place or even here.

My friend, if you are planning to stay abroad then good luck, it ain’t going to get any easier, however, it will be worth it, seeing yourself grow independently and putting your life together the way you want it will pay off.

And if you are going back to your country, I also wish you the best of luck, you will be asked so much about your experience abroad and you will miss a lot of memories and people which you have lived with, and when this happens, know that we are all around and waiting for your call.

Deep from my heart I wish each and every one of you a great journey in life, thank you Hungary, Stipendium Hungaricum, and everyone who stands behind our presence in this place, farewell and see you soon fellas.”