Administratively, Hungary is divided into 19 counties with the capital city of Budapest being independent of any county government.

Hungary is among the top tourist destinations in Europe with the capital Budapest regarded as one of the most beautiful cities worldwide. Despite its relatively small size, the country is home to numerous World Heritage Sites, UNESCO Biosphere Reserves, the second largest thermal lake in the world (Lake Hévíz), the largest lake in Central Europe (Lake Balaton), and the largest natural grassland in Europe (Hortobágy).

Hungary is a landlocked country, situated in the Carpathian Basin. Its two longest rivers called Danube and Tisza divide Hungary into three parts: Transdanubia (to the west of the Danube), the plain between the Rivers Danube and Tisza, and the Trans-Tisza region (to the east of the Tisza). Hungary’s ‘mountains’ are actually hills, which seldom exceed an elevation of 1,000 metres. Two-thirds of Hungary’s geographic area is less than 200 metres above sea level.

Lake Balaton, covering 598 km2, is one of the biggest tourist attractions of the country. The average depth of the lake is two to three metres, so the water warms up quickly in summer.

There are ten national parks in Hungary. Three of them situated on the Great Plain – Hortobágy, Kiskunság and Körös-Maros – provide protection to the wildlife and fragile wetlands, marshes and saline grasslands of the open puszta. Two are in the north: in the almost completely wooded Bükk Hills and in the Aggtelek region with its extensive system of karst caves. Danube-Ipoly is in Central Hungary, Balaton Uplands is in the West and Danube-Drava National Park is located in the South-west of the country, at the Croatian border. Őrség and Fertő-Hanság are situated at the Austrian border.

Hungary is home to more than 2,000 flowering plant species, many of which are not normally found at this latitude. There are a lot of common European animals here (deer, wild hare, boar, otter) as well as some rare species (wild cat, lake bat, Pannonian lizard), and three-quarters of the country’s 450 vertebrates are birds, especially waterfowls, which are attracted by the rivers, lakes and wetlands.

For many international students the Hungarian climate can be very different from that of their countries,  as Hungary has four different seasons. Whilst summers are warm, winters can be really cold; average temperatures range from -4 °C in January to 26 °C in July.

Hungary is in the temperate zone and has a relatively dry continental climate. The country is protected from extreme weather conditions by the surrounding mountain ranges, the Alps and the Carpathians.

It’s not always easy to find the right clothes to suit the weather, but the beauty of each season is definitely worth the effort. 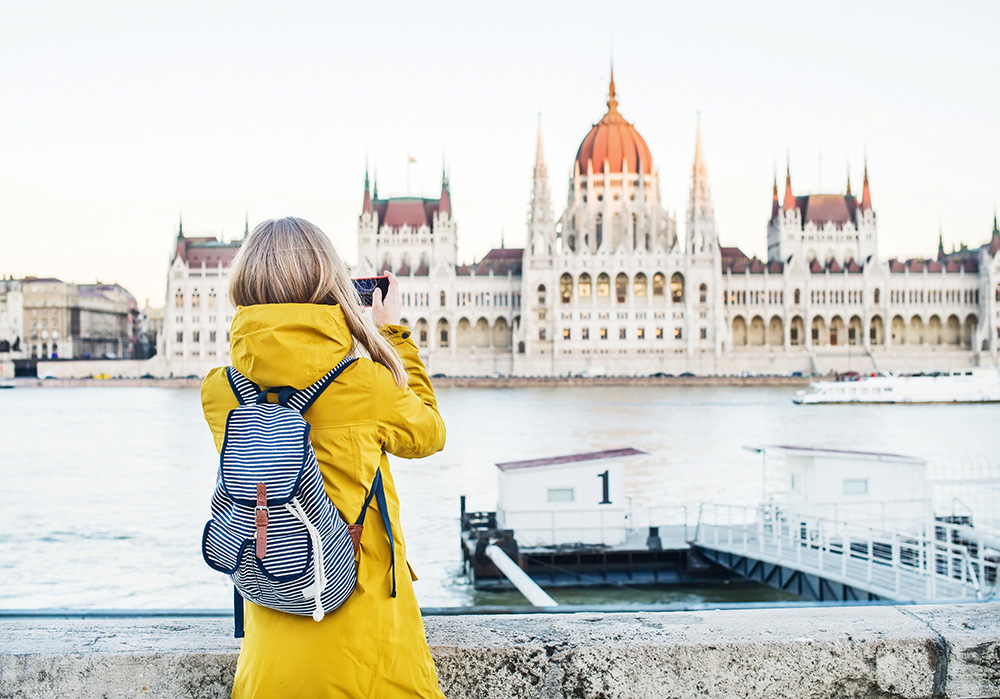 Weather and time
Your time:
Hungary: