The doctor of the Year in 2016, still remembers when he arrived to Hungary several years ago. He fell in love with Budapest at the first sight. His studies in Hungary changed his life completely. Tempus Public Foundation’s International Alumni Team had the opportunity to spend an afternoon with him at Gyula, where he lives and works. He talked about the beginnings, his job, community work even about his future plans.

Since I was a very little child, I knew that I want to be a doctor one day. Including others, I had personal reasons. However I came from a poor family, thus it was not easy at all. I had to be diligent and gain good grades in school in order to receive a scholarship. That was the only way I could make my dream come true. In Yemen the medical education was very expensive, therefore it was not a real option for me. I had a very kind professor, who had a friend in Hungary. He advised me to study in Hungary, because here the medical education is very good and people are really nice.

Could you tell us a little about your application process back then? How difficult was it?

The admission scores to medical universities were high that time already. I was lucky, because my grades were good, I met all the selection criteria. I had to fill in a scholarship application form, and submit a good moral certificate from Yemeni authorities, copies of my study certificates and I needed a valid passport. One month after the submission I received the positive feedback that my application was accepted and I can go to Hungary. The last thing was that I had to require a visa. The visa application process was rather quick, thus I could come to Hungary. 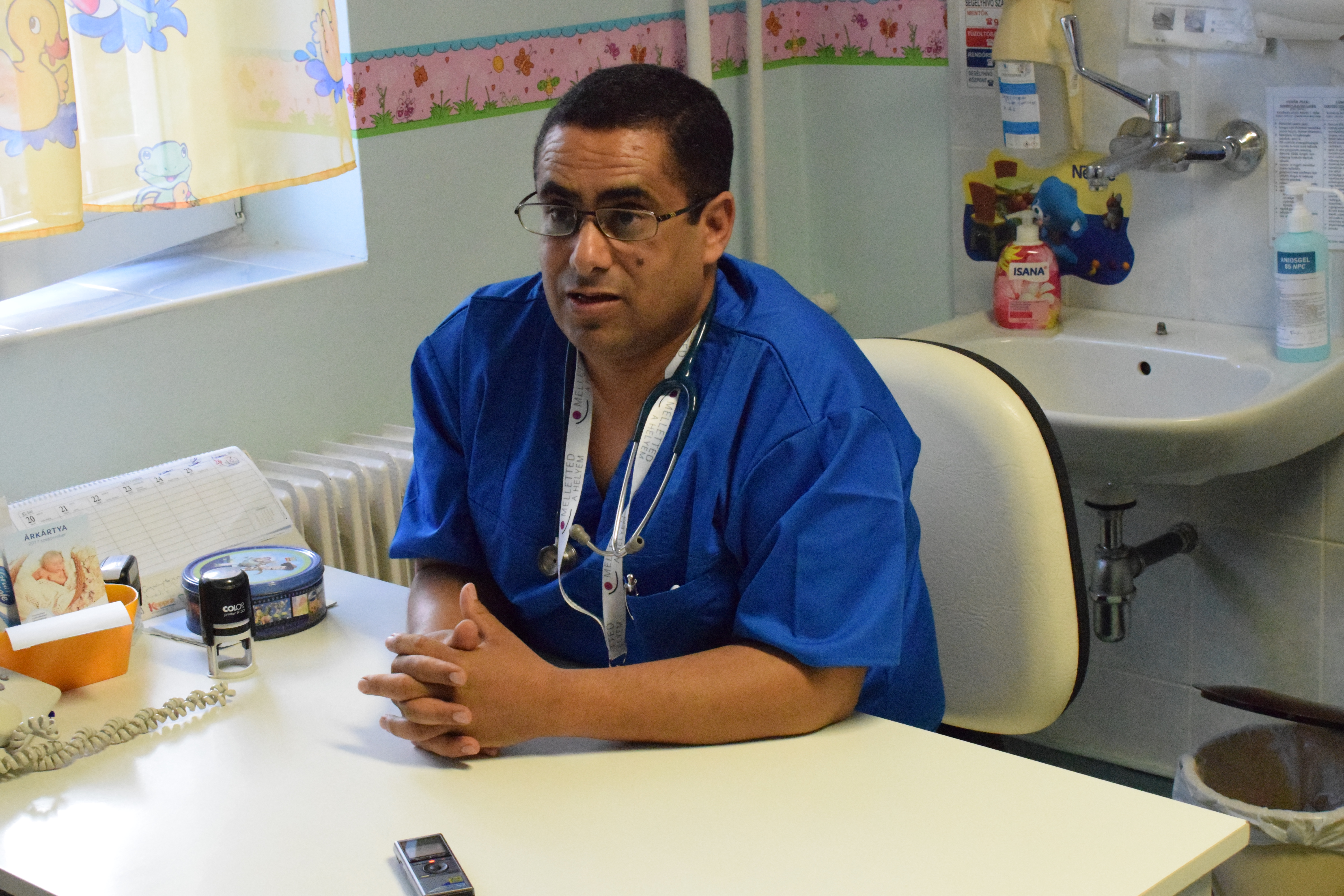 What were your first impressions about Hungary? How did your Hungarian life started?

I remember that we have arrived at night and a wonderful view welcomed us. Budapest and the Danube by night was amazing. Since then, there is a great love between me and this country. I have only good memories.

The medical course started with a one-year preparatory course. In the first semester we had only Hungarian courses, because back then we applied to a university major in Hungarian language, so we were educated in Hungarian. In the second semester we already had other courses, for instance chemistry and biology. After the preparatory courses students had to go to one of the Hungarian medical universities. There were 27 students from Yemen, but were numerous other international students from all over the world. Some of the Yemeni students and me continued our studies at the University of Szeged. Honestly I really loved to be there. The university was in the heart of the city, which I loved a lot. I really liked, that Szeged is a smaller city, therefore everything was close. The Tisza River was beautiful and people were incredibly nice.

Without any exception all the professors were helpful and kind. Professor Benke, my chemistry professor, requested the Hungarian students to help and support the international students at the very first lecture. This meant a lot to us, because our first year was difficult due to language especially. Many professors have encouraged me, I cannot name which one was the most inspiring. I found their attitude very supportive. I did not meet a lecturer who would have thought differently.

Same requirements were applied to all students. International students were treated the same way as Hungarian students. It was so motivating, and helped me a lot. I have always been proud of my Hungarian university and the fact that I was studying there.

These pleasant experiences did not limited to my university life. For five years I had a Hungarian roommate. He invited me to his place, where his family was very nice to me. I was very welcomed there from the beginnings. I can share only good memories with you, really.

What do you think, it was useful to study in Hungarian at the university? How did you cope with the Hungarian language?

I was a bit afraid of this issue, but I had many Hungarian friend, who helped me a lot. We lived in a dormitory, therefore it was easy to ask for help, that was a big advantage. When we came to Hungary we already spoke English, but we did our best to use Hungarian in order to practise the language. Somebody suggested us to tell people that we do not speak English, thus it was necessary to use our Hungarian.

I really enjoyed learning Hungarian, because it was way easier to integrate into the society. Moreover I fell in love with Hungary quickly, so my language knowledge helped me to better know the country. I think that is the only way to truly understand different cultures and people.

After your graduation you have returned to Yemen, however did not stay for a long time. What motivated you to return to Hungary? How did you end up in Gyula?

I graduated from the University of Szeged in 1996. Honestly, I did not want to return to my home country, because I had more friends here than in Yemen. I wanted to get a job in Hungary. That time only those doctors could get a job in Hungary who were Hungarian citizens, unfortunately. Therefore I worked two years in Yemen after my graduation, where I learned a lot about those diseases, which do not exist in Hungary. Finally, in 1999 I could return to Hungary. The Hungarian Honorary Consul in Yemen was my good friend, and he informed me that the mentioned law has been abolished, and I could come back. It was an easy decision.

When I came back I wanted to get a job at the Child Health Centre in Szeged, but it never happened. I started working at Sátoraljaújhely, but I been relocated to Gyula in 1999. Since then I work here. In 2003 I passed the paediatrics exam. In 2007 I made the neonatology exam also. It was important to me to handle and cure children. Paediatrics means a lot to me.

I have been integrated to the community quickly in Gyula. I feel at home here, I have lot of friends. I am actively participating in the community life. For instance we are organizing free events, where we inform the parents what to do in case of different children diseases. We often receive invitation from other cities too. When our schedule allow us, we accept these invitations with a great pleasure.

We also have a Foundation, called Healthy City, I am a member of it. I am proud of collecting 50 million forints on an ambulance car (and its complete equipment) for premature babies. Of course, in order to achieve these, the contribution of many people was required and also will be needed in the future. Fortunately I have a very good relationship with the leaders of the city. I am a friend of the mayor and vice-mayor, which facilitates to launch such initiatives. 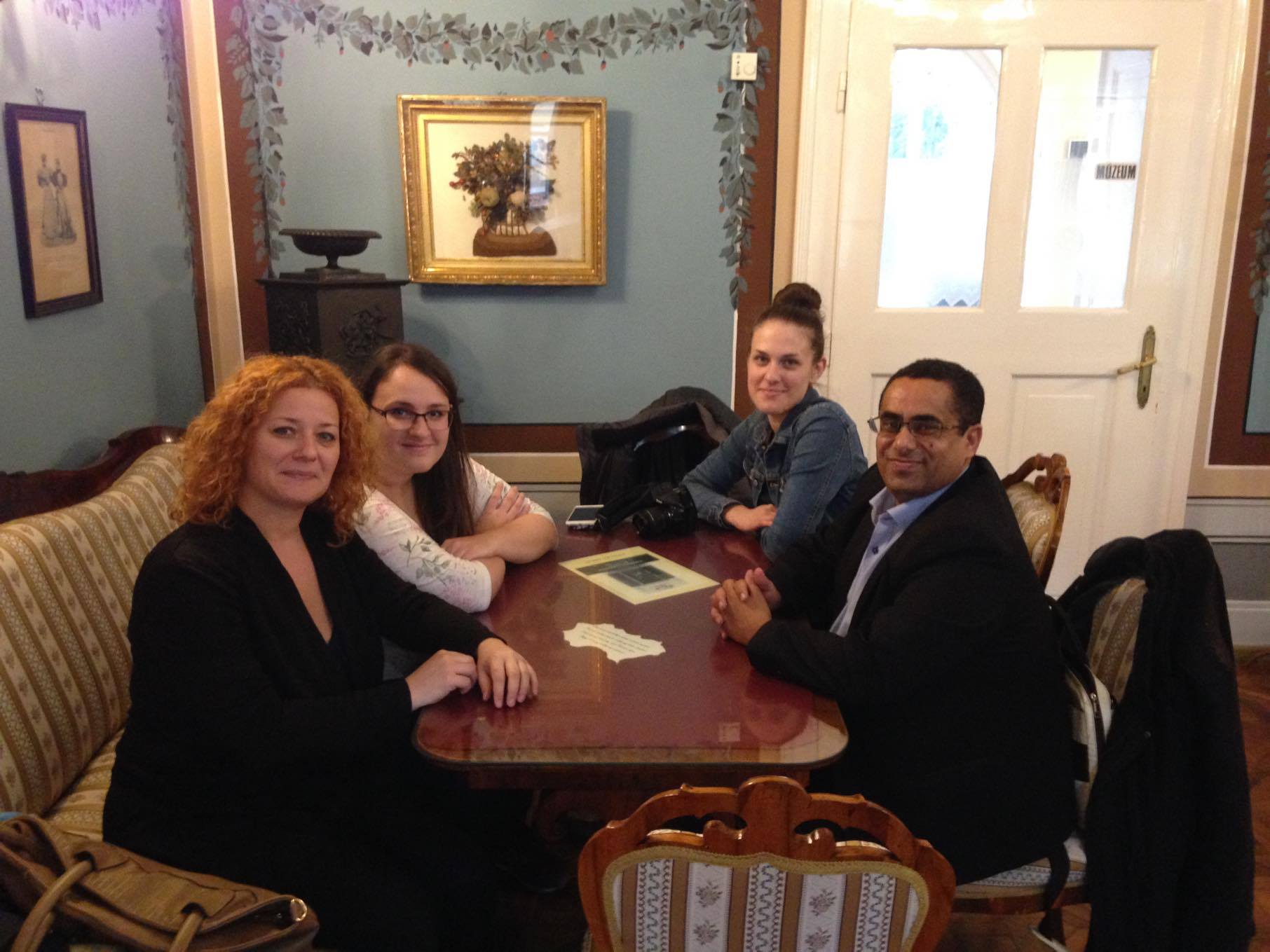 Have you ever thought about living and working elsewhere?

Lot of people has asked me this question previously, but my answer is no. I want to stay here for sure.  Not so long ago, I have received a job offer to be a Head of Department in another institution, but I have refused the offer immediately. This place is very important to me, I would not move even if I could earn more money. I have achieved a lot here already, and I hope that I can continue this way. At the moment we are organizing Christmas charity action for families in need. We are aiming to collect presents for them. In addition to these, we also aim to strengthen the support of the premature babies, and maintain the ambulance car.

I live here, I belong to this community. I love my life as it is...