Basak Dilara Özdemir-Lakatos is a brilliant pianist and composer. She says, she owes her professors and the Liszt Academy a lot. Although she received many scholarships through the years, Hungary remained the centre of her life. She has a Hungarian husband and started a family in Hungary.

Tempus Public Foundation’s International Alumni Team met her at a morning ballet company class, where the dancers of the Hungarian State Opera were rehearsing. She accompanied the dancers on the piano. She talked about the beginnings, the challenges and why she loves Hungary so much.

When did music become a big part of your life?

I started artistic gymnastics when I was around 4 years old and then ballet to smoothen out my moves. Music career was not my first choice as I thought that I was gonna be a gold medallist gymnast. However, I always knew that I will not be able to do sports forever. Playing the piano is a different case. I can play the piano until my hands allow me. Therefore I decided to be a pianist as my mother figured out that I have absolute ear-hearing ability and I took my decision seriously from the very beginning. My mother played the violin, thus I was familiar with the classical music. Nonetheless, it was entirely my decision. At the age of seven, I got admitted to the Istanbul State Conservatory, where everything had begun. From this point on, I was only dealing with music, I was very committed. I learned the solid basics in Istanbul, where I had an excellent teacher, who put great emphasis on my technique and my personality.

Why did you decide to apply to the Liszt Academy?

I have attended a Folk Dance Festival in Izmir when I was 15 years old. A Slovak-Hungarian folk dance group had a show there. I heard Hungarian music and saw Hungarian folk dance for the first time in my life, but I found it very catchy, and I fell in love with this culture. This feeling did not ease with years, I felt that something was pulling me towards Hungary. I still do not really know how to explain it. After all that applying to the Liszt Academy was obvious. I was 17 years old, when I was admitted as the first Turkish student in 1999 to the composition department. That time there was no Turkish-Hungarian bilateral state scholarship unfortunately, thus my studies were financed by Turkish scholarships mainly. Until this day, I think I needed a huge luck to conquer this great challenge so well. Finally I graduated from the Liszt Academy as a composer in 2004, but I also studied the piano there, sort of double major we could say. With this programme my dream has come true. I had wonderful professors, including others: Zoltán Jeney, Andrea Szigetvári, Gyula Fekete, Gyöngyi Keveházi and Balázs Szokolay. The Liszt Academy and Hungary were treasures for me. I'm so glad I could have been part of it. 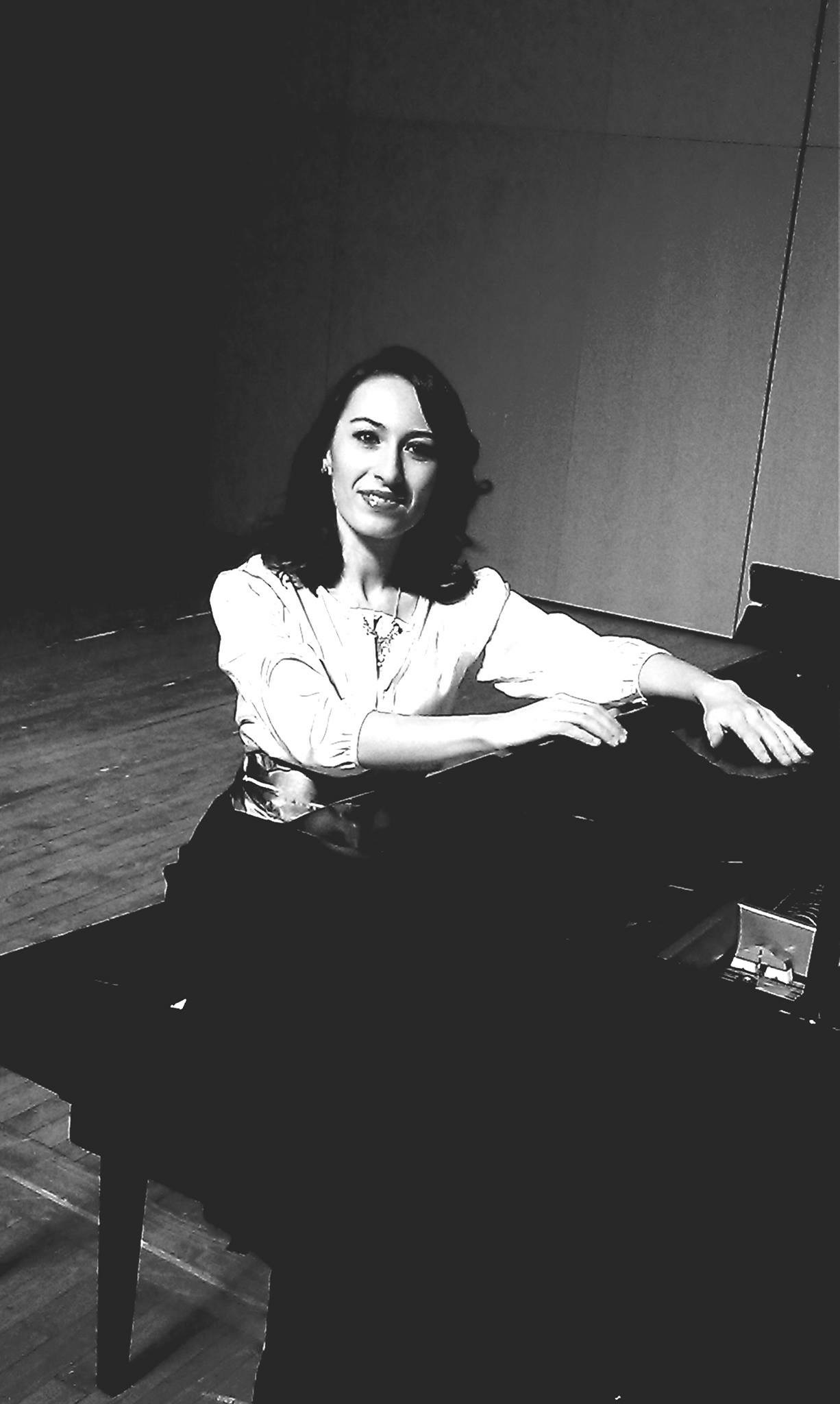 How was studying at the Liszt Academy? Why was it different than the other countries where you have been studying?

It is difficult to compare it with other institutions because the atmosphere at the Liszt Academy was very family-like within great respect for one another. There were only the four of us in my composition class, so our professors could focus on us better. Smaller group of students are also typical in Western Europe in this field of study but they are more distant usually. I felt this intimacy in the Hungarian culture also. In Hungary, people are listening to each other's hearts and thoughts.

What was the most memorable thing during your studies?

When I was a student in Hungary, I could have spent two semesters in Stuttgart, Germany at the Hochschule fuer Darstellende Kunst und Musik as an Erasmus exchange student. Normally this scholarship is available for Hungarian students, not for international students. Even though I received it in 2000. There was a composition competition in Stuttgart and I composed string octet called “ Dos Gardenias “ for this competition which later won the first prize at the competition. As a result, I was invited to Canada to have my work performed with three concerts in Quebec City and Montreal where I represented Germany as a Turkish but Hungarian student, and I also gave a speech in the Goethe Institute. Meanwhile I was still a student of Hungary, therefore I felt that I am representing Hungary as well. It was a very proud moment for me.

What was the biggest challenge during your studies?

Honestly, the whole five years was a challenge. It was difficult to manage the time in the sense of practising-creating the time for the piano and compose at the same time because I had lessons all day long. I did not have a piano at home at the beginning, so I spent a lot of time at the Academy in the weekends as well. As a scholarship holder I had to work harder, I wanted to prove that I deserved this opportunity. I lived with a Hungarian host family for the first few months of my stay, but I could not spend enough time with them either, unfortunately. On one hand I regret this very much, on the other hand that is why and how I become the musician who I am now. We studied so much at the Academy at that time. During musical style classes, we had to learn and familiarize the style of great composers and the different periods of classical music, or counterpoint or orchestration or score reading classes are those unforgettable ones. By doing piano major only, I could not learn all of these.

Moreover, I did not speak Hungarian when I came to Hungary which was a disadvantage in my study programme. In case of other majors it was not a big problem but we analysed the music and talked about it in details, therefore knowing the language was highly important. I am grateful because so many people supported me. In the first year, I went to a language preparatory course and my host family talked to me only in Hungarian. I was glad that I had to learn Hungarian because later on I could use it at the university and other fields of my life too. I was never ashamed of my language knowledge when I was a beginner, I knew my Hungarian was not perfect but I did not mind. I practiced it on daily basis and at the end I improved it well and now I am fluent in Hungarian. I have a feeling that due to my Hungarian I became a new person. I think this always happens when someone learns another language, every foreign language brings a new personality to the person, so I am lucky because I speak in 6 languages and I feel very rich in mind for this.

You are one of the pianists of the Hungarian State Opera-National Ballet. You are accompanying the ballet dancers on the piano. How did you get in touch with the Opera and this genre?

When I finished my studies, I thought I am going to earn my life as a composer, maybe conductor at the beginning. Then I realized, that this is not how it works. Being a composer is not necessarily a stable career path also the new/contemporary music dimensions and expectations are not always going hand in hand. However, accompaniment has been part of my life for a long time. I have been accompanying choirs and singers since I was 15 years old. I have been an opera répétiteur, I love the whole world of opera and ballet. I thought this is a stable profession with many surprises that requires the skills I can offer and there are lots of opportunities in there and I will be able to compose in addition to it. I taught at the university-music academy in Istanbul but then I turned completely towards the opera and ballet. Since 2016 I have been working for the Hungarian State Opera-National Ballet. Before that I had worked as a répétiteur -accompanist-pianist in Istanbul State Opera and Ballet and in Debrecen at the Csokonai Theater. 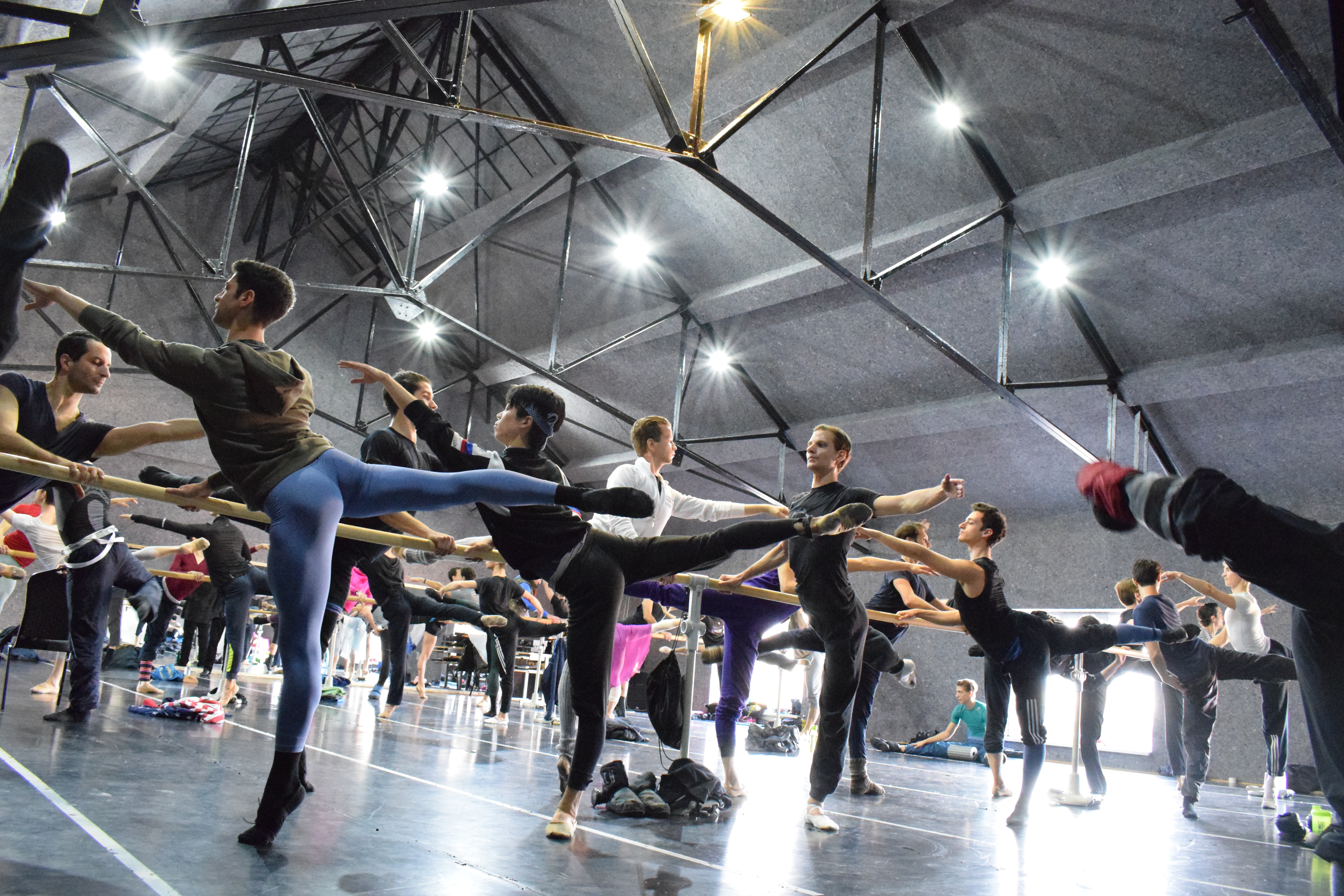 Nowadays I am composing less, since essentially this is my work as the pianist of the ballet dancers I have to improvise, ‘compose‘ in an unwritten way every day. I can utilize the knowledge what I gained at the university. I have to improvise a lot, I need to be fresh, fast, and familiar with many different styles and understand ballet and the dancers. But as a composer my works are published in France since 2006 by Eme Publish Paris. Currently, the improvisation and piano is my focus rather than composing.

What is next? What is your main goal in your career?

A musician has to possess a so-called amateur soul. It should not be said I already know everything, because that is when personal development stops. I have always felt like a student, who have completed half of her studies only. Learning is a process that never ends. It’s like a black hole that never has an end. Every day I see something new, I learn something new and I enjoy it so much. I would like to continue with this kind of attitude and become one of the best in my field. Of course, I would like to obtain a higher position-full status at my work, but all in all, my main goal is to receive professional recognition.

Despite the scholarships and all your journeys abroad, you've been living in Hungary for a long time now. What do you like the most in the country apart from music?

I love Szentendre, it is a wonderful place. I have discovered it when I came to study in Hungary. But everywhere else in Hungary is beautiful. And of course I am a huge fan of Budapest. It has a very different atmosphere, I love each and every part of it. I know Budapest better than Istanbul actually. I feel completely at home here, like an honorary Hungarian. My husband is Hungarian and I speak the language very well. I like to live here, I feel I'm in the right place.