The observation of the signs of climate change was one of the objectives of a 5-week expedition to Antarctica. László Radócz, head of the Institute of Plant Protection of the Faculty of Agricultural and Food Sciences and Environmental Management of UD was the only Hungarian member of the team.

The international team started out from South-Chile on 14 February on board of Braveheart, a ship registered in New-Zealand. Their destination was the South-Orkney islands, which belong to Antarctica. It took the team, which included László Radócz, nine Americans, one Australian, one Swiss, one German and one Ukrainian scientists, five days to reach the target area.

The last comprehensive analysis in the region was carried out in 2011. The observation points were established 20 years ago, which means that the current project may provide a full picture of environmental changes that have taken place over the years. We collected samples from an area of about 40 km2, and took them to the British research base located on the island of Signy – explained associate professor László Radócz. 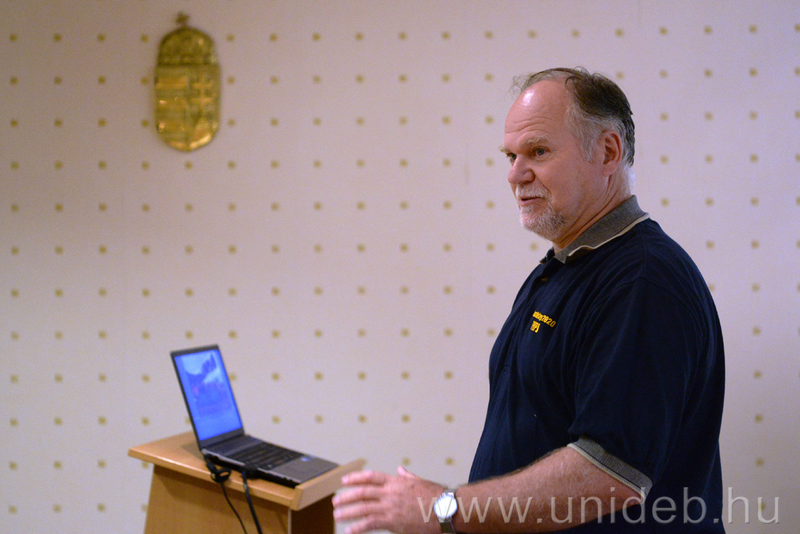 Among the team members there were atmospheric physicists, ornithologists, marine and microbiologists, and biochemists as well. The scientist who represented the University of Debrecen studied lichen in Antarctica.

Lichen is a good indicator of the level of environmental pollution, and is sensitive to climate change. According to our observations, this species is spreading rapidly in the area. We also found mushrooms in the region, which had not been typical in this part of Antarctica. It is clearly a consequence of warming. Measurements show that the average rise of temperature here is four times higher than the global average, which is about 1.2 degree Celsius – explained the researcher.

To read the full article visit the website of the University of Debrecen HERE.