On 20 August no one is working, the stores and universities are closed and there are multiple ceremonies and public speeches around the country, completed with magnificent fireworks after sunset. But what is the origin of this national holiday and why is it so important for Hungarians? In our article, we review its historical background and give you some tips on how to join the ceremonies.

At the same time, the 20th of August is also a religious holiday: the Catholics celebrate the day of the first patron of Hungary, St. Stephen – which is the reason masses are hosted countrywide that day. And last but not least, the 20th of August also marks the Hungarian Festival of the New Bread: the blessing and slicing of a freshly baked loaf of bread is a widespread ceremony in the country that day and even across the border, in Transylvania. This national holiday is one of the oldest ones in Hungary: it was first celebrated in 1092 when another patron saint of the country, King Ladislaus declared it a sacred day. While the winds of history oppressed the open celebration of the day during the Ottoman occupation, it was reintroduced by Maria Theresa in the 18th century and was restored to its current status after the collapse of the Eastern Bloc.

Since then 20 August arguably becomes the symbol of Hungarian independence: the official celebration begins with the ceremonial hoisting of the national flag on Kossuth square (where the Parliament building is located); followed by the carving of the Cake of Hungary and giving many of the state awards to our most distinguished citizens. There is also an organised procession held in honour of the Holy Right hand (the mummified right hand of St. Stephen) but the best-known event of the day is the spectacular fireworks after sunset. Huge masses assemble on the banks of the River Danube in Budapest and most Hungarian cities as well to marvel at the beautiful fiery compositions. 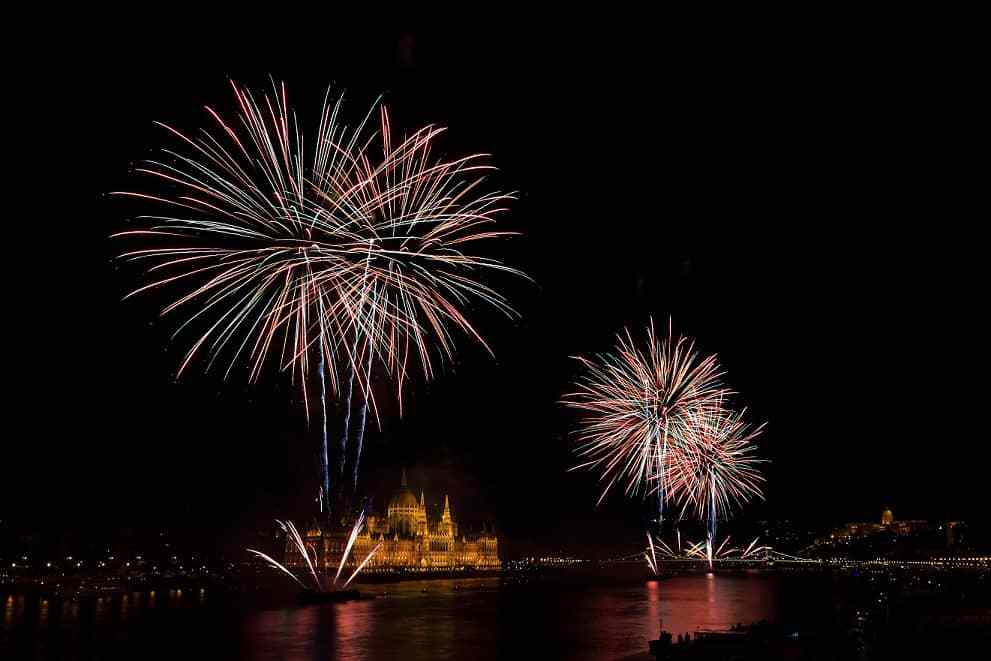 Next time you are in the country during this day, joining the events of the celebration is an exciting and unforgettable opportunity to immerse yourself in Hungarian history and culture.