The coat-of-arms of the Republic of Hungary is a pointed, impaled shield. The right side consists of a silver double cross on red base, situated inside a small golden crown, the crown is placed on the middle heap of three green hills. On the left side is the so-called Árpád stripes, four silver and four red stripes. The top of the shield features the Hungarian Holy Crown.

The flag of the Republic of Hungary is a tricolour consisting of horizontal red, white and green bands of equal width. The three colours represent three virtues: red is for strength, white is for faithfulness and green is for hope. Alternatively, red represents the blood spilled for the country, white stands for freedom and green is for the land.

The text of the Hungarian national anthem was written in 1823 by Ferenc Kölcsey, one of the great poets of the Reform Age. The music was composed by Ferenc Erkel in 1844, when he won the contest to compose the national anthem.

The Hungarian crown was given to Saint Stephen by the Pope on the occasion of his coronation at around 1000. The crown and the coronation insignia (the orb and sceptre, the coronation sword and the coronation mantle) were taken to the US after World War II and were eventually returned to Hungary in 1978. Now they are on display in the Parliament building in Budapest. 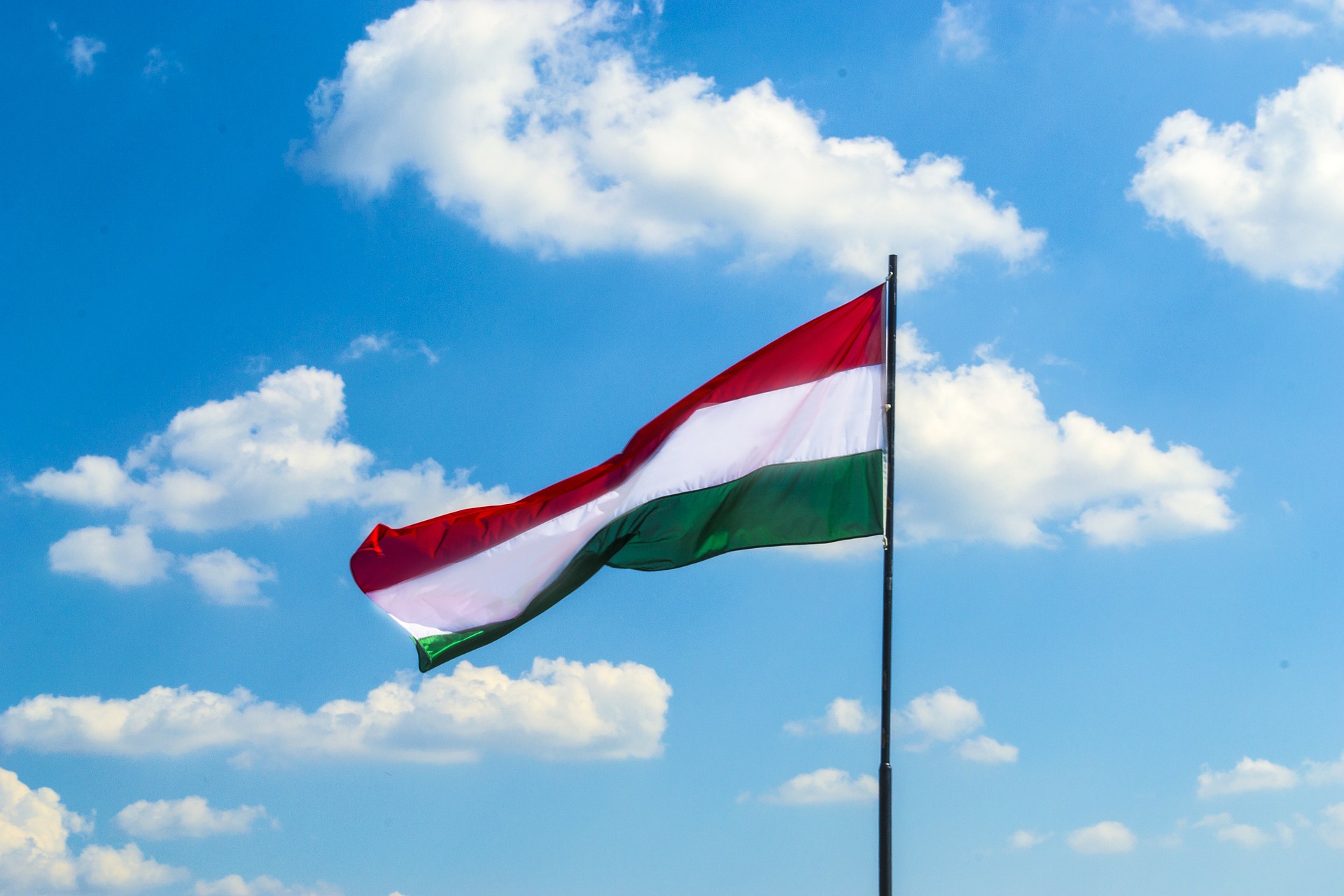