November 09, 2021 15:36
Tempus Public Foundation
The 2021 Nobel Prize in Medicine is strongly linked to the University of Szeged

The 2021 Nobel Prize in Physiology or Medicine is awarded to David Julius and Ardem Patapoutian for their discoveries of thermal and mechanical transducers. This subject is deeply rooted in research carried out at the University of Szeged.

„We are very proud that the 2021 Nobel Prize in Medicine is strongly linked to scientists from Szeged who have carried out research on the neurobiology of heat and pain sensation.” - Said Prof. Dr. Márta Széll, Vice-Rector for Strategic Planning.

During their research at the Department of Pharmacology at the University of Szeged in the 1940s, pharmacologists Professor Miklós Jancsó and his wife Aranka Jancsó-Gábor made fundamental observations concerning the function and pharmacology of sensory nerve endings involved in transmitting heat and pain. 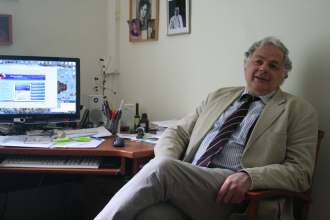 „Repeated topical or systemic administration of capsaicin was shown to affect the function of sensory nerve endings in a specific way: the treatment selectively and persistently inhibited chemical-induced pain and warmth sensations and neurogenic inflammatory responses. The phenomenon has become known in scientific literature as capsaicin desensitisation.” - Dr. Gábor Jancsó, Professor Emeritus, told us.